Private company Gledring is a 3rd generation since 1949. The company beginning goes back a long time, what give us experience, precision and adapting to marketing requirements/changes. Younger generations bring us freshness and creativity in our company and program. We are not only producers of custom fit rubber mats but we are also innovators in car industry. Company Gledring was first in the world which made easy to clean design mats without traditional square shape and our new rubber trunk mat system, which protect your trunk and bumper. Family Gledj with their co-workers make great company, which is now working in 40 countries all over the world with 30% of growth every year. We are happy and proud that tradition continues from generation to generation and that we are getting better and stronger every day.

Company Gledring strives to be a leader in the car rubber and trunk mats industry. Our brand is built on a passion for cars and that kind of lifestyle. We are committed to continuously strengthening our products and bring innovations to our market in order to improve our competitive position.
We are innovation and design leaders in car rubber mats industry who provides market with new quality designer products.
We are consumer focused and therefore we continuously improve the quality, look, feel and image of our products and our organizational structures to match and exceed consumer expectations and to provide them with the highest value.

Gledring rubber mats are now in every 4th new car in Europe. We would like that every car owner in the world knows Gledring by best quality and designed custom fit rubber mats and trunk mats.

Establishment of the Gledring company

According to the story of the founders of the company Đura and Angela Gleđ, they provided the initial capital with the collection of old iron, which was a normal activity after the Second World War. Obviously, trend of change has always been present in the family, so they soon realized it was necessary to start something new. The rubber industry, to which we are still faithful today, was this idea.
It started in the old barn in Ljubljana. This period was dedicated to the production of technical rubber products, especially for factories in the area of former Yugoslavia. Our advantage was the production of small quantities of boutique rubber products, which were primarily intended for servicing machines that required quick response. A quick response was our specialty. We were also quick to introduce new materials that were much more resistant than the “ordinary” SBR or NBR rubber. Viton and silicon were one of these materials. We were one of the first rubber manufacturers that we used new materials in our production. 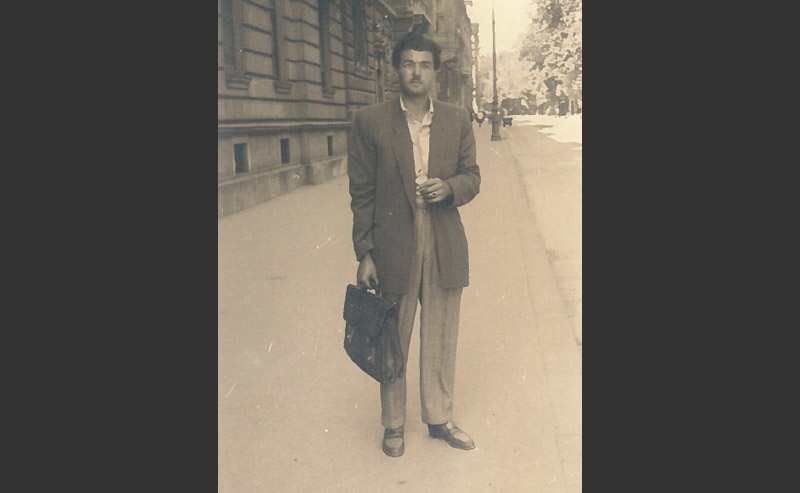 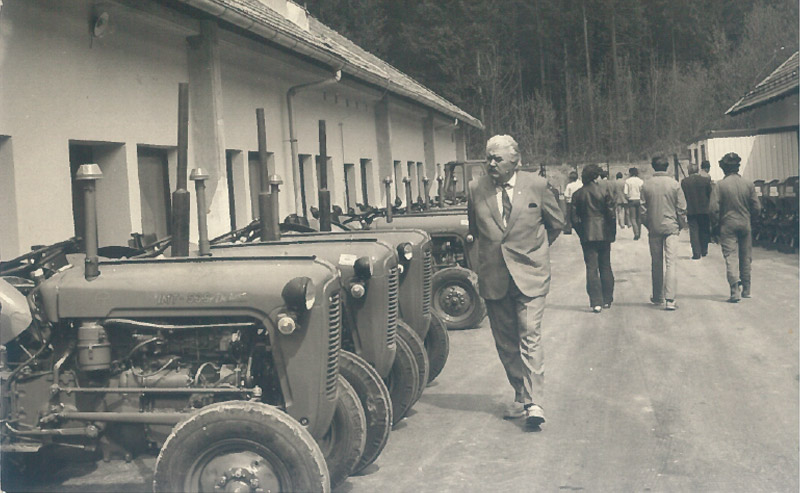 At the request of Đura, his son Stojan slowly began to take over his craft in 1986. At the end of 1988, Stojan’s wife Barbara joined him and then began to create a new period of crafts, believing that the future of the company is in the rubber products that are intended for the final customer. A series of coincidences leads them to the idea of making rubber car mats. At that time, only universal car mats were manufactured. Their specialty was the possibility of custom cutting by the shape of the car (indicated lines in the mat itself – about 100 possibilities of different shapes). Even today, although more than 30 years have passed since then, customers are still looking for this product.
At that time, the company had the special feature – the use of the name of the company (which was not typical for the craft). The name GLEDRING was created (the first part from the beginning of the surname GLED-j and other from the basic activity of making seme-RING, o-RING … = GLEDRING). At that time, the logo of the company was created, which is still in use since no later recasting of the logo reaches the original shape.
Since the beginning, the logo of the company is used on the mats and, unconsciously we start building our own branding Gledring. At that time, we are one of the few companies in Europe to manufacture universal rubber mats. During this period, we have also adapted our business premises, but still on site. In addition, we are still craftsmen. 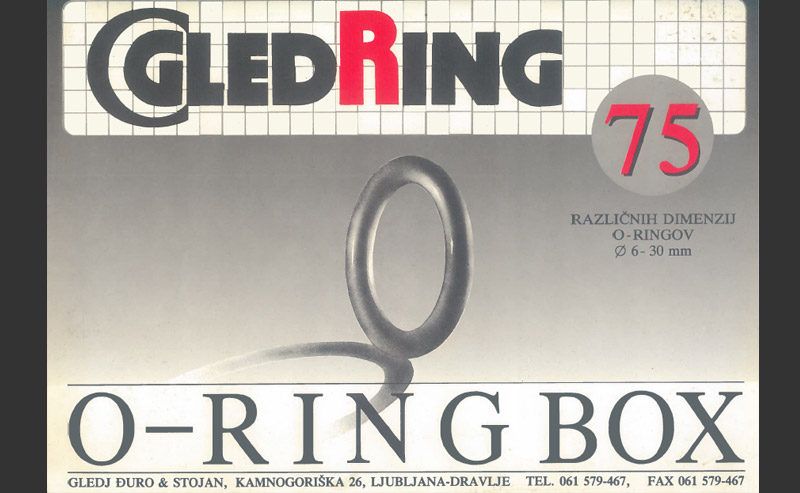 Establishment of the Gledring d.o.o.

The market conditions at that time call for the establishment of the company, Therefore, on 29th of October 1990 from Gledj s.p. the company Gledring d.o.o. is formed with the owners Stojan and Barbara Gledj.

The beginning of the production of universal trunk mats

According to our records, we were one of the first in Europe to start producing rubber trunk mats. However, this was a period when the market still did not feel the need for this product. In addition, we were not targeting foreign markets at the time, which was quite normal then. However, we have paved the way for the future. 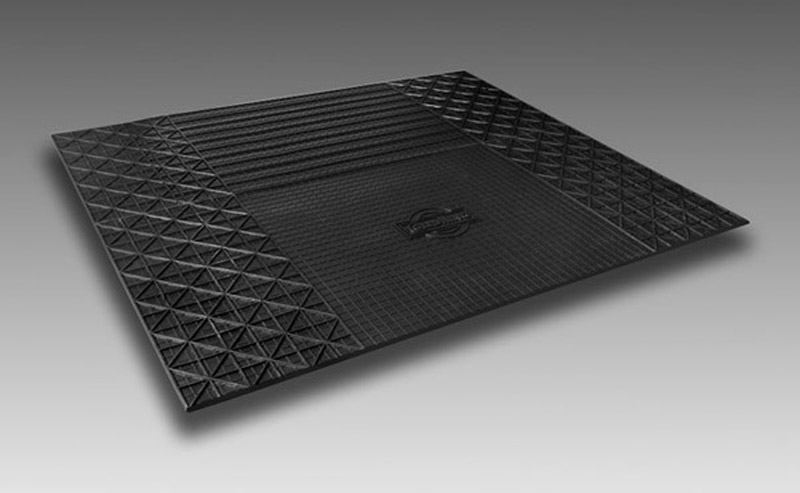 Current premises in Ljubljana are no longer sufficient. We begin to think about the construction of larger and more modern premises. The industrial zone is our “solution” and so we move to Logatec industrial zone, which was only at the beginning of its development, and today it is one of the largest in Slovenia.

Following the documentation process and the designation of contractors, the construction of the facility began on 6.1.2000. In December 2000 we obtained all operating licenses and completely moved to new modern premises, spreading over 1000 square meters on 23.1.2001. In 2016, due to the lack of space for our production, the premises had to be upgraded. 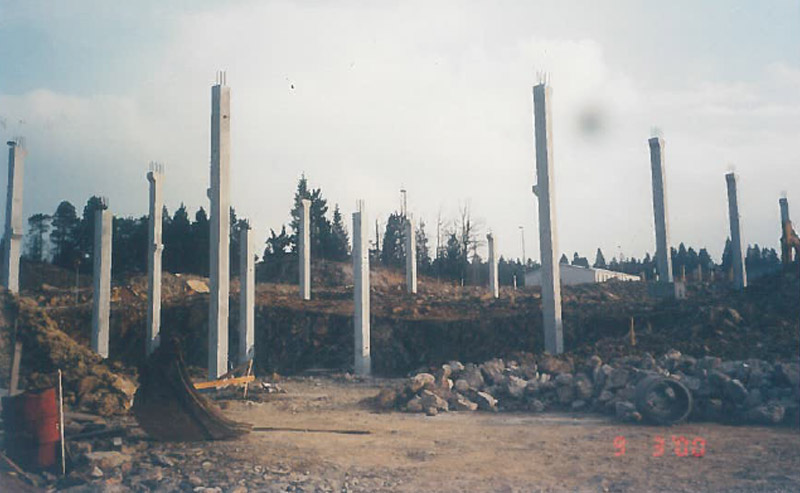 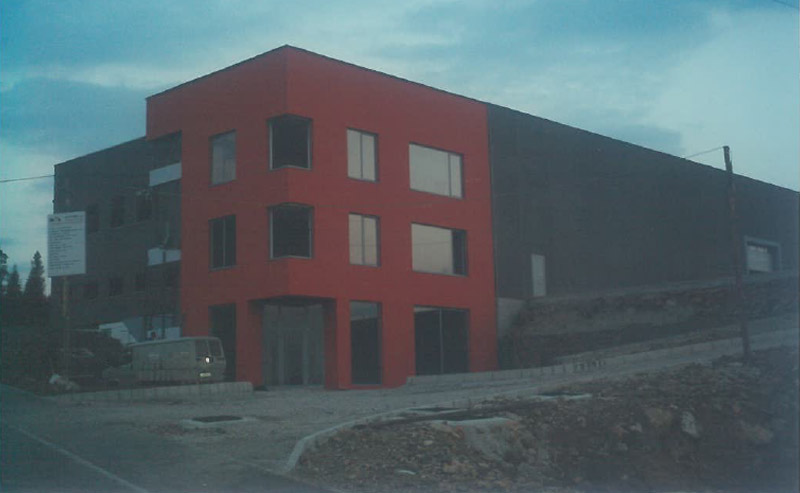 Again, it’s time for something new. The idea is born that “universal” is no longer good enough for our customers. We start with the production of custom rubber car mats. We start production for Renault at first. 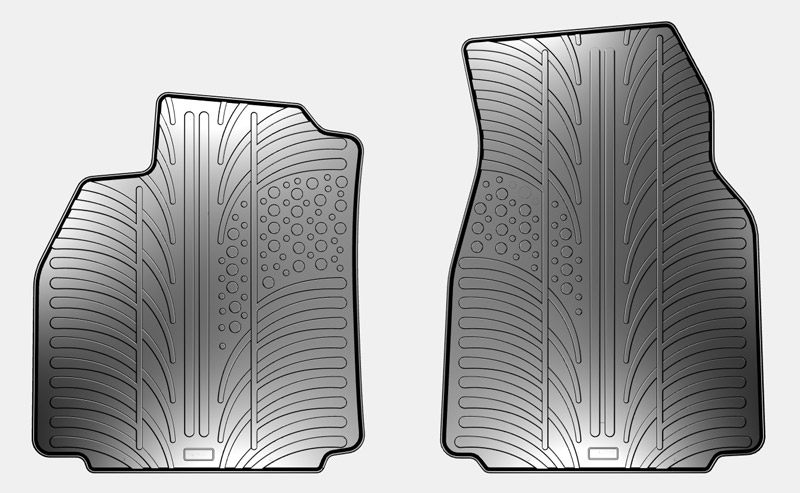 Frankfurt Fair and breakthrough to the world market

This year is definitely one of the major turning points for the company. At the largest fair for car accessories Automechanika Frankfurt 2008, we achieve an unimagined success with our new products for which there is high demand. During this time we gain a lot of customers, whom have been loyal to us to this day. 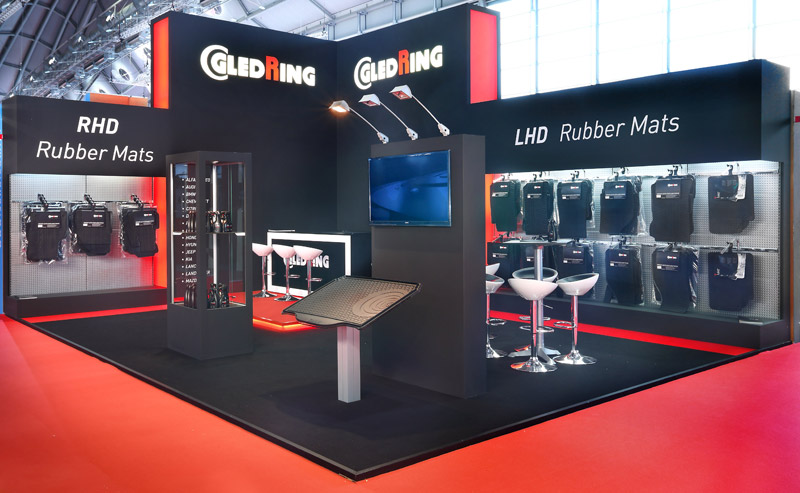 The third generation is coming to the company, which changes the mindset of the company

The idea of selling custom-made car accessories is becoming a reality. The company is joined by a third generation led by Luka Gledj. In February 2012, the online store withcar.si opens, which is the first website in Slovenia with such products. In years that follow, the website operates all over Europe under its own domains. 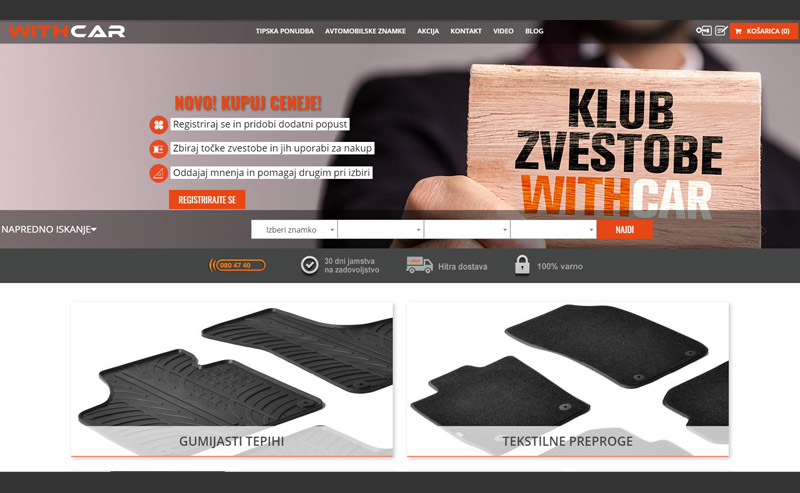 We work across all Europe as well as outside of it… USA, the countries of the former Soviet Union, Algeria, Morocco, Tunisia, Turkey, Egypt, Lebanon, the Arab Emirates… 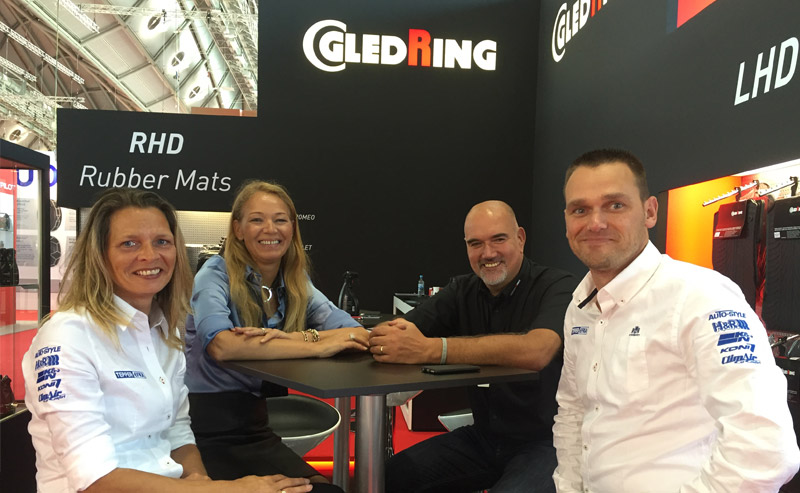 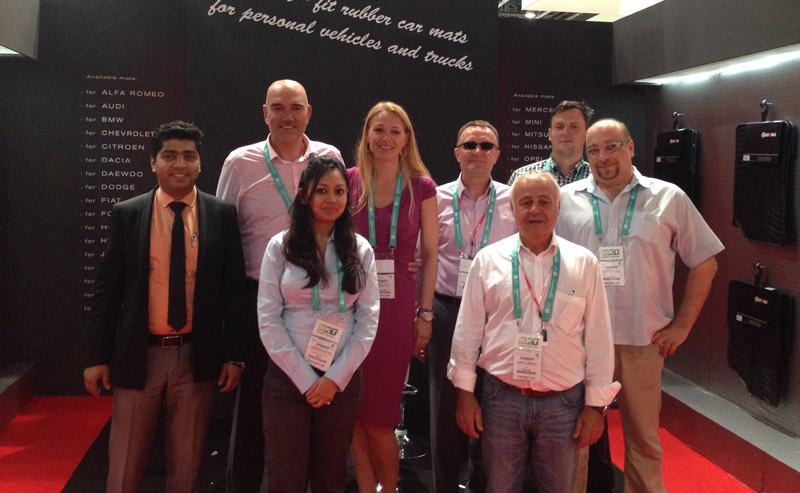 Started to manufacture rubber car mats for the right-hand countries 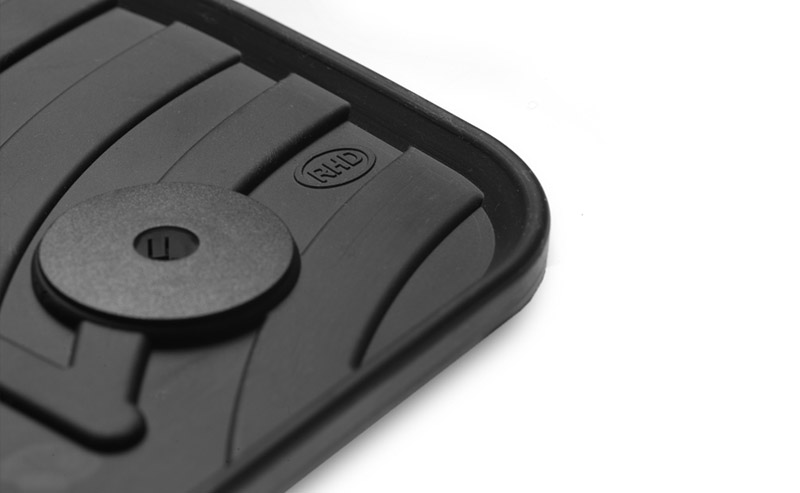 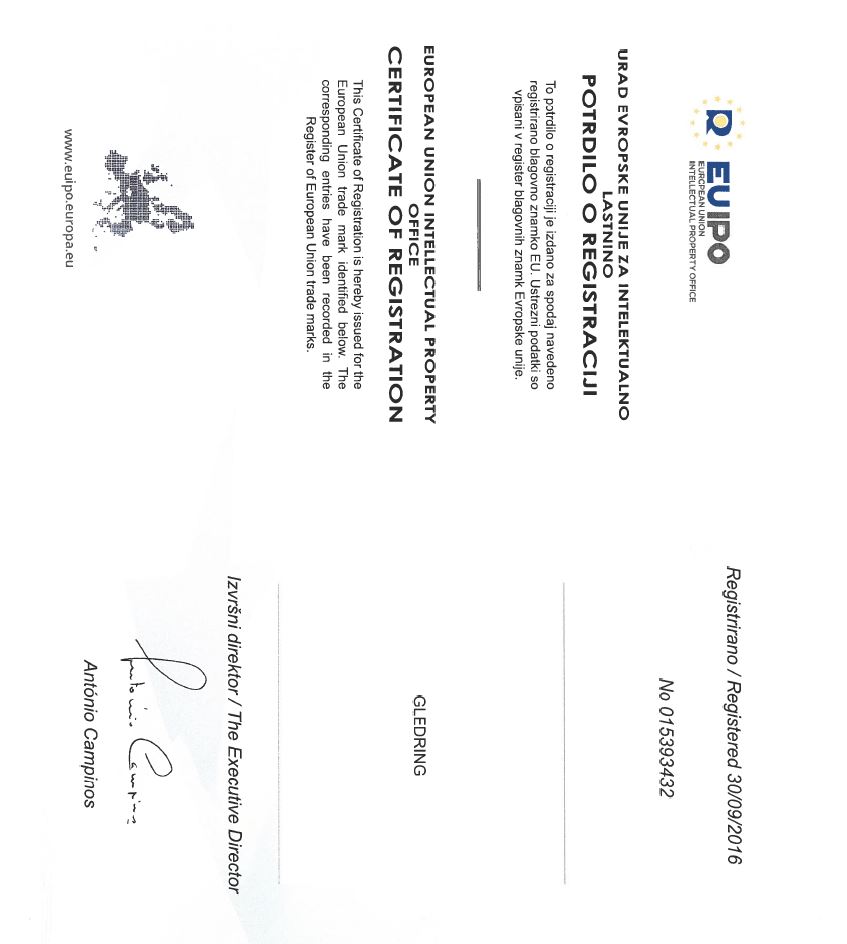 Started with the production of rubber trunk mats

A new turning point … the production of custom made rubber trunk mats. As often as ever, curiosity has driven us to produce a better or different product. For this purpose, we have developed a completely new material RUBBASOL, which has a rich appearance and above all softness, which makes it remarkable among the existing ones. When creating a new line, we were guided by the desire to have useful product with a nice elegant appearance, which is well complemented by the interior appearance of the car. As an innovation, we patented a small multipurpose mat (Doggymat), which integrates into the trunk, offering full protection of the bumper and rear seats.
Are these new beginnings of Gledring? 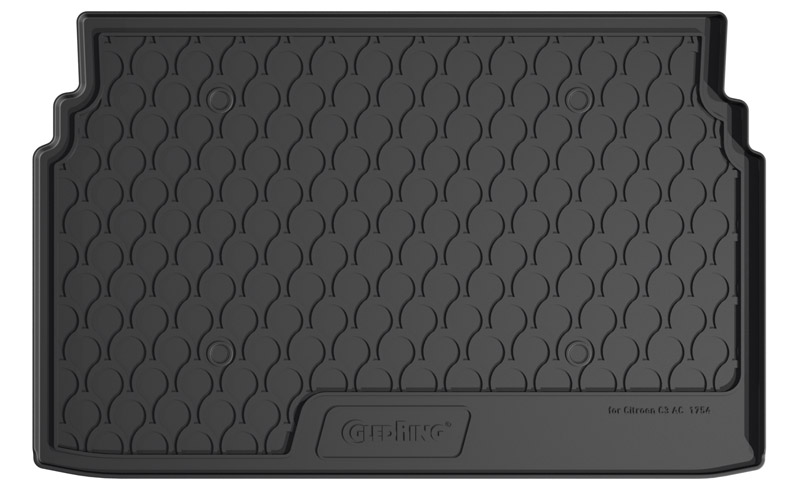 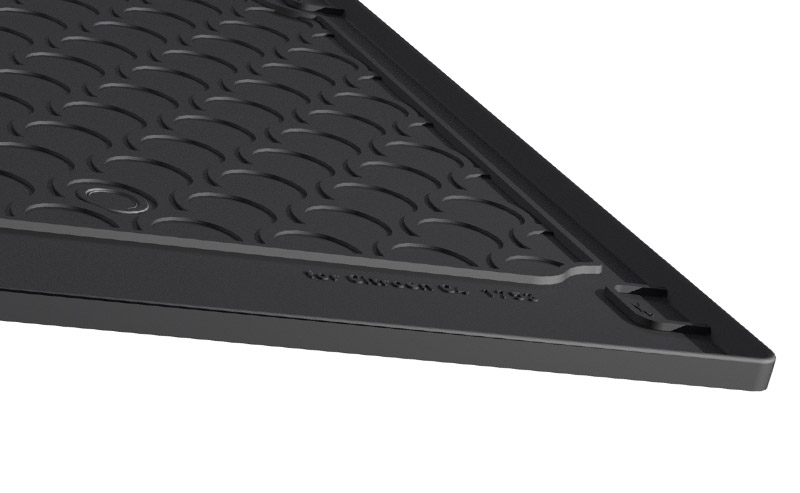 Registration of GLEDRING trademark on area of USA 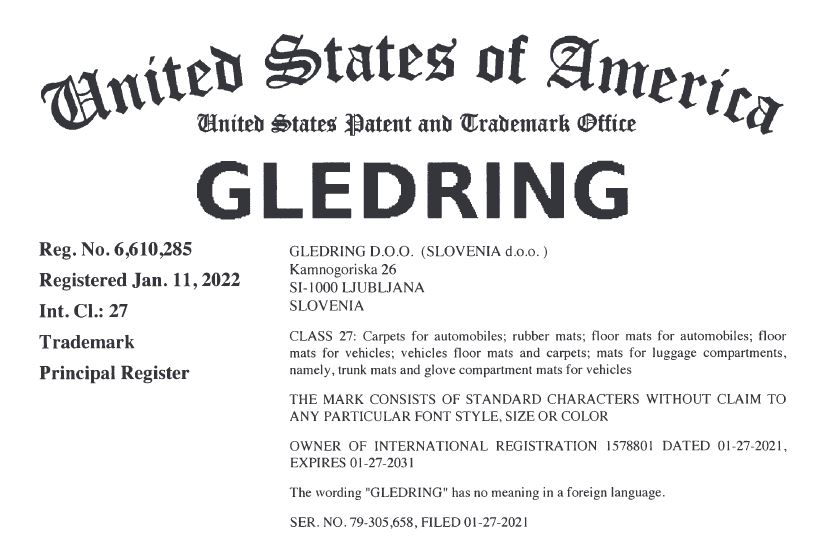